It’s been a busy few months for me! I’ve gotten requests from readers to update content on my website and haven’t had the time… until now. There have been a few changes for me, most notably in that I (mostly) quit my day job to write full time. I have all my wonderful readers to thank for this change, and I want to make sure I keep writing books you love! I don’t know that I’ll write any faster, but I will have more time for administrative things (like this and social media).

I get asked all the time about what I’m writing next, but I thought I’d start by looking back at what this year has brought so far. 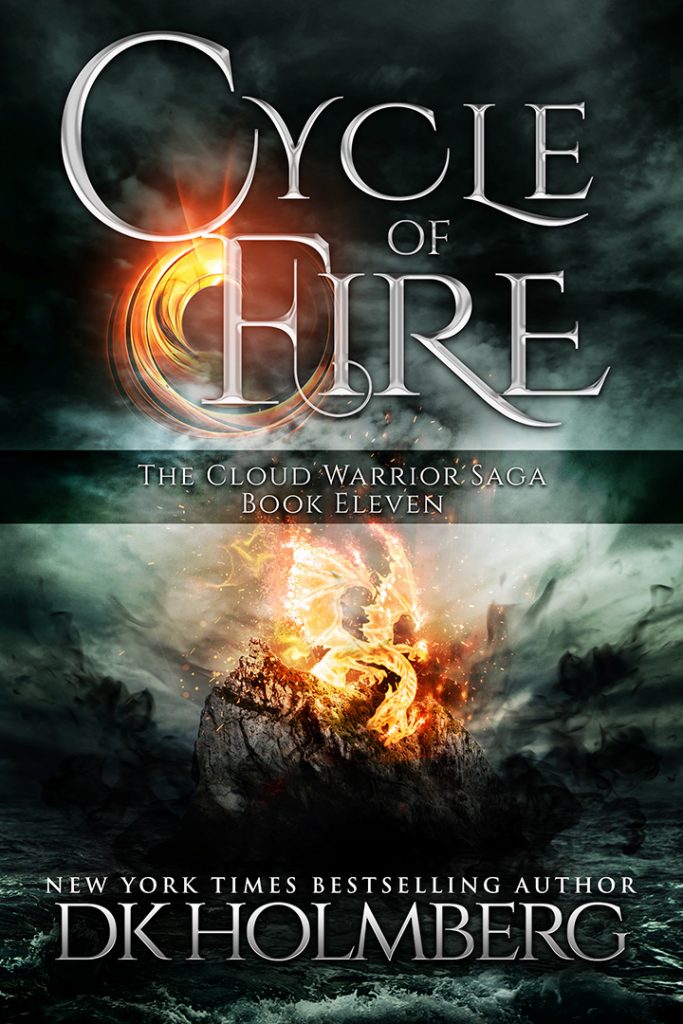 Many of you have followed my writing from the beginning of the Cloud Warrior Saga. I publish independently, and that was the first series I released. I watched Tan grow from a country boy who wanted nothing more than to stay in the mountains to a powerful warrior shaper who saved the world (repeatedly). As he matured, he found love and started a family, and by the end of the series, he has changed again. For those of you who have read through the entire series, I thank you for joining me on the journey as it wrapped up with Cycle of Fire. I suspect I might revisit that world, looking at what happens in the future now that the elementals have changed, but I think Tan’s story is done.

This year also saw the beginning of a series I’ve worked on the longest, and it was the very first novel I ever wrote (it was called something quite different then). The Lost Prophecy series is one that truly started me on my writing adventure. The first book, The Threat of Madness, came out in January. A long time ago (I won’t say quite how long), I spent months building the world, constructing a historical timeline, and still have a binder of notes from then that I reference occasionally. The story has changed from where it began, but I’m happy with where it’s going. The series will be eight books in total (not 70-80, as one reader feared), with all written, so the series should wrap up this year.

I also released Soldier Son, which is set in the same world as the Lost Prophecy, but decades earlier. The storylines share characters (Endric appears in the Lost Prophecy, but as a secondary character), and I actually wrote Soldier Son because I wanted to know more about Endric (which is the same way The Dark Ability started. I’d written a novella with Rsiran as the antagonist, and wanted to know more about him). I really enjoy the series, and intended for it to be done at 4 books, but I’ve found I need one more book to complete his arc.

Then there’s the Shadow Accords series. Carth is such a great character, and her story is not done, but unfortunately, it might be later this year before another book featuring Carth hits the shelves. Stay tuned for more!

So what’s next? There are lots of projects planned, so I’ll share one that I’m really excited about. The series is called The Book of Maladies, and a short story set in the same world came out in Deep Magic in April. The first three books in the series are going through edits, and I anticipate release in December or January. The series will likely be 6 books total.

I’m making a real effort to be more active on Facebook, so follow me there (facebook.com/dkholmberg). If you follow me on Amazon, they send updates about releases. Another option would be to follow me on Bookbub, a great site to get ebook bargains. And of course, I hope to update here more often, ideally at least once a week.

Thanks again for reading!