You are here: Home / Updates / Back to the blog

It’s been a little while since I’ve updated anything here, so I figured now was a good time. Better late than never? After having website issues earlier this year that were solved by my amazing web designer, I really have no excuse but to keep this update.

It’s been a busy year for me. Lots of books written. Two series complete (or almost, as is the case of The Elder Stones Saga). Preparations for the next year beginning.

If you’re interested in new series, I’ve got them coming!

A series of 5 (so far) books set in the world of The Dragonwalker. The first book coming is Ice Dragon, and I think readers will love it. The art I had commissioned is amazing Tom Edwards work, and the others are just as great as the first. The follow-up books will be out pretty quickly after book 1, and Tantor Studios has acquired the audio rights to produce. I’m looking forward to this one! 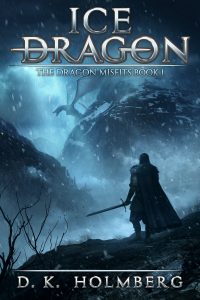 Tolan returns! Readers have really responded to the Elemental Academy series. I wanted to wrap up one story line and introduce another. The first book in the series, The Shape of Fire, comes out on June 7, so there’s a bit of time before it launches, but the 4 book series is all written. If you’ve enjoyed Elemental Academy, I know you’ll love this new series.

A series set in a new world, with entirely new magic and characters, will be coming sometime in the middle of next year. The first book is going through the editing process now, and two sequels are in the early stages of revision. This is a different style of book than I’ve written before, but early reader feedback has been amazing. The artwork for the cover is outstanding, too! 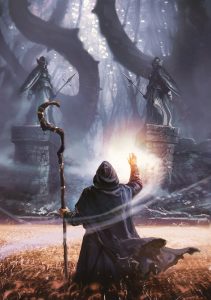 The Academy of Alchemy

Another academy book, you’re asking? It wasn’t my intention, but the story idea came and needed to get written. It’s a bit of a different spin on the genre as the main character isn’t technically a student at the academy. Another new world and magic system, but one I think my readers will love. I’m not sure when this series will come out yet, but stay tuned to find out! 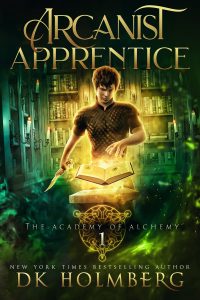 That’s probably enough for now. I’d love to know what you think!